Visit our Q&A page and Get Answers.

Man Forced Off Property After Divorce 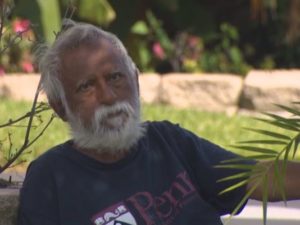 A man in Texas has been forced off the property of his and his now-ex-wife’s million dollar home after staying in the front lawn for five months, reports USA Today.

Sharafat Khan, 69, had been living and sleeping on the property after his wife, a doctor, decided to kick him out of the house and change the locks. Though she called the police to remove him from the property, they could not because he was on the deed.

Khan declared he would not leave the property until his wife decided not to divorce him.

USA Today reports that the wife was able to finalize the divorce this week, and was granted sole ownership of the house.

Do You Need Help Finding an Answer to Your Question?

If you have questions or concerns regarding a divorce or family law subject, please use the form below to send us your question. We respond to all inquiries. Some questions may be chosen for this Q&A forum. If so, all personal information will be removed before posting.

The information on this website is provided for general information purposes only and should not be taken as legal advice for any situation. Legal counsel can only be given after an attorney-client relationship has been formally established. The decision to hire a divorce lawyer in Denver is critical and should not be made based solely on the strength of an advertisement. We invite your inquiries into our qualifications and record, as well as any further question you may have.